Perl has a wide number of uses. Some of these applications will be briefly outlined below, but bear in mind that this is not an exhaustive list of Perl’s potential applications, but merely a selection of those most commonly used. 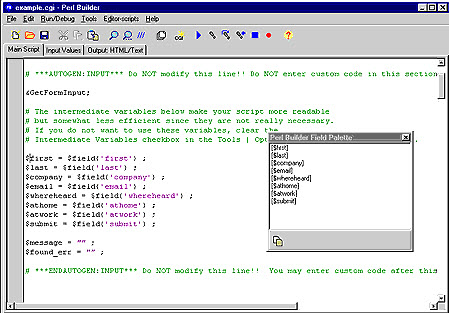 There are many different database types that Perl can operate with. These include SQL, DBM, XBase and even distributed database types. Perl is the usual go-to program when it comes to SQL databases. Its database interface allows for a more uniform performance across all the SQL database backends. There are many different SQL options such as SQLite, MySQL, Oracle, and Firebird, all utilizing Perl. DBM databases can also be matched up with Perl and include a wide range including LevelDB and DBM-Deep.

The CPAN aspect of Perl also offers an XBase module, though reports say that its pure-Perl functioning can make the program run slow at times. There is also no SQL option, which has recently seen a higher level of interest due to its use of groups of servers to create its data storage. Whilst this is seeing higher levels of popularity, it is still most likely that the majority of users will adopt an SQL-based option, as this will easily handle the main scope of any data. You can find an example of a website using an SQL based option here.

Perl offers many different functions for using email such as sending, receiving, filtering and even processing. All of this is available via the Comprehensive Perl Archive Network or CPAN. There is both Mail-Box and Perl Email Project when it comes to managing emails with Perl, and these both offer comprehensive modules, the former being somewhat overwhelming in its scope, whilst the latter favours a simpler interface.

Many younger programmers will get their first taste of this world through the programming of games or various multimedia programs. All of this can be accomplished with Perl. SDL Perl offers ways to incorporate Perl into other open-source platforms, allowing users to write games and create other multimedia products. SDL is used with high frequency throughout Perl and non-Perl games, making it a useful tool for any budding programmer. Other options include Graphical User Interface tools, which can create desktop games. Browser games can be created using a combination of Perl and JavaScript and even, on occasion, with Ajax.

Perl can also be used to run several programs at once. Similar to networking, the program will handle a number of different events and clients all at the same time, while running all operations smoothly and efficiently. IPC::Run, Expect and Parallel::ForkManager are just a few of the different technologies that can be utilized within Perl to serve this multitasking purpose. Most of the important programs for multitasking can be found in CPAN, with AnyEvent, Perl Object Environment, and IO::Async being the most important ones to be aware of.

These are just some of the basic applications that Perl is capable of being used for. Quality assurance, testing, remote login, system administration, web automation, CGI programming and more, are also fully available when using Perl as a system.